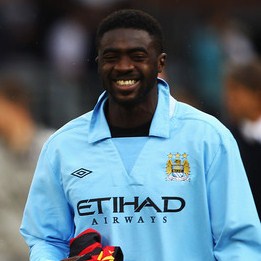 Patrick Vieira believes Kolo Toure’s return from a drugs ban is a huge boost to their title prospects.

Manchester City chief said that he would not be at all surprised if his old pal didn’t come back stronger.

“He is a hard worker and a person who is always hard on himself,” said Vieira, who spent three seasons playing with Toure at Arsenal, when they won the Premier League and FA Cup together.

“He is never satisfied with his game, he always wants to be at the top. The people who remain at the top have a strong mind but they are also hard workers and Kolo is like this.

“It has been a really difficult time for him but hopefully that is behind him now and he can get back to doing what he loves, which is to play football. That is what he does best.”