It has been reported that Manchester City coach Patrick Vieira is upset Samir Nasri has been overlooked for France’s World Cup squad. 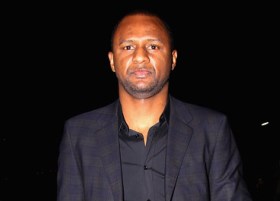 Vieira, a member of France’s 1998 World Cup-winning squad when Deschamps was captain, has seen at first hand much of Nasri’s fine campaign.

The former Arsenal captain is now the coach of the elite development squad at City.

Vieira tweeted: “It is a surprise not to see @SamNasri19 on the way to Brazil. For me, the way he played his year would have put him on the plane.” Manchester City Not Where We Want To Be – Joe Hart