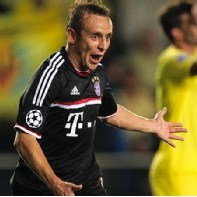 Goals by Toni Kroos and Rafinha guided Bayern Munich to a comfortable victory at Villarreal in their opening match in Group A of the Champions League.

Kroos opened the scoring in the seventh minute, with Rafinha sealing victory with a little under 15 minutes remaining in a match the Bundesliga side controlled after a lively start by both sides.

It was an ideal start to the European campaign for the Germans who also top their domestic league but an early blow for Villarreal coach Juan Carlos Garrido, in a group also featuring Napoli and Manchester City.