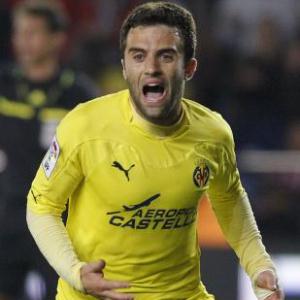 Villarreal boosted their hopes of automatic Champions League qualification and dealt a blow to Real Zaragoza’s survival hopes with a 1-0 win at El Madrigal.

Giuseppe Rossi got the only goal of the game in the 71st minute, stroking home from the penalty spot after he had been fouled in the box by Leonardo Ponzio’s wild lunge.

The visitors, who had several players booked, were reduced to 10 men in the dying seconds when striker Ikechuku Uche was shown a second yellow card after a blatant dive in the box in an attempt to win a spot-kick of his own.