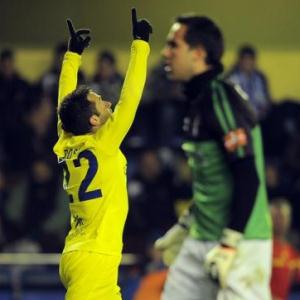 Villarreal moved back up to third in La Liga as Giuseppe Rossi ‘s double saw them beat Real Sociedad 2-1 at El Madrigal.

Mikel Aranburu had headed the visitors in front on the half hour, but two clinical finishes from Rossi either side of half-time was enough for the win.

Atletico Madrid’s hopes of a lucrative place in the Champions League next season were dealt a blow when they were beaten 1-0 at struggling Sporting Gijon .

A defensive error allowed striker David Barral to score six minutes after halftime and the defeat leaves Atletico seven points behind fifth-placed Espanyol and follows their elimination from the Copa del Rey at the hands of city rivals Real Madrid on Thursday.