Reports are out claiming that Arsenal are reportedly in talks with Villarreal regarding the potential transfer of Gabriel Paulista. 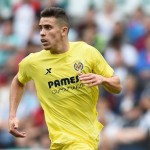 Recent reports suggest that the Gunners are keen on luring the 24-year old Brazilian centre-back to the Emirates Stadium but would have to obtain a work permit for any deal to go ahead.

The Telegraph is reporting that Arsene Wenger is prepared to pay around a fee of £6million for Paulista, which would rise to £10m, but Villarreal want over £15m.

The other factor that may deny the Gunners is the fact that Paulista has not yet played for Brazil which would see him struggle to receive the UK visa he requires to play in the Premier League.

However, the former Vitoria defender has high hopes to make his way to England’s top flight if all the necessary paperwork can be completed.

“The subject is being discussed by my agent and the club,” Paulista said.

“If I go to Arsenal it will be excellent. But if it’s not finalised then I am relaxed. I am focused on my work here.

“My agent is working on making sure I continue being calm.

“Playing in the Premier League is one of my dreams. I have spoken to my agent about this.”