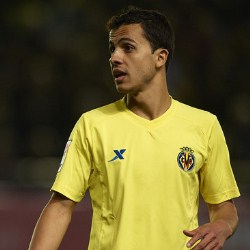 Transfer news from the La Liga is out and it has been revealed that Villarreal striker Nilmar is desperate to join Barcelona.

It is said that the Spanish giants are in the market for a cut-price forward signing and Nilmar is pushing his representatives to open negotiations.

The Brazilian is available after the Yellow Submarine’s relegation and can leave for €8 million.

Dynamo Kiev and the UAE’s Al Jazira have already been in touch, though Nilmar would prefer to remain in Spain.