Reports are out claiming that Manchester City captain Vincent Kompany is struggling to make the derby with Manchester United. 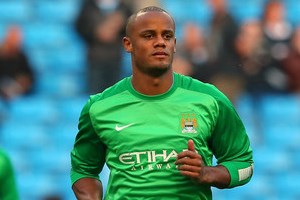 The Daily Mail revealed that the Belgium international centre back is a doubt for the Manchester derby later this month after reports suggesting he could be out until October with a groin injury.

The Manchester City captain hobbled off during their first match of the season against Newcastle at the Etihad Stadium.

The 27 year old initially hoped to be back in time for the clash against United on September 22, but City manager Manuel Pellegrini is now left with a potential crisis.

Pellegrini signed Martin Demichelis from Atletico Madrid, but he has also caught the injury bug and faces six weeks on the sidelines with damaged knee ligaments.