It has been reported that Watford manager Quique Sanchez Flores is looking forward to this weekend’s reunion with David De Gea. 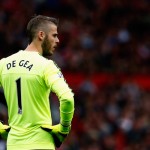 The Hornets boss gave the Manchester United goalkeeper his big chance at Atletico Madrid back in 2009 and admits there is a special relationship between he and the 25-year-old.

“I gave David his debut. He was the third-choice ‘keeper and after one month he was first choice,” Flores said.

“He was amazing. You just need to focus on the training and watch how he is taking the ball and handling it.

“For me he is probably the best goalkeeper in the world.

“I got a present after two years when we separated, it was a clock. The watch is an antique, golden on a chain. You wear it in your pocket. It is very English. I don’t remember but I think there was an inscription. I still have it. I won’t wear it, that’s too much.”

Regarding his catch-up with De Gea, Flores added: “I don’t like my players to see me having a relationship with other players, hugging them.

“I will wait in my dressing room, for sure. After the game, of course, I will spend time with him.”