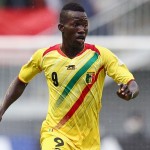 Reports are out claiming that Watford have attempted to get their foot in the front door for Mali starlet Aly Malle.

According to the Daily Mail, the Hornets have opened talks with the 17-year-old who was voted the Bronze Ball winner at the 2015 FIFA U17 World Cup as Mali finished runner-up to Nigeria.

There are a host of clubs such as Arsenal, Manchester City, Liverpool and Paris Saint-Germain showing considerable interest in Malle but the Hornets have stolen a march on their rivals.

Malle, who plays for Black Stars, has undergone trials with clubs in Germany and France but is thought to be keen on the Premier League and his family is currently in negotiations with Watford regarding the possibility of moving to Vicarage Road this summer.