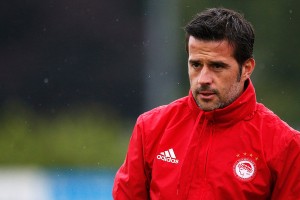 While no one would ever accuse Paul Merson and Phil Thompson of being respected voices of wisdom within football, they do occupy one of the most visible media platforms in the game. Therefore, it is only right when their comments come back to bite them.

So let us take another trip back down memory lane to the week of Marco Silva’s appointment as a Premier League manager to see what the Soccer Saturday sages had to say:

Now you may be thinking ‘but Hull City were relegated’, and you would be right. But that does not change the fact that Marco Silva impressed many observers of the game with the way he went about his business during his short spell in charge on Humberside. He recruited well in January and brought a team seemingly destined for the drop to within touching distance of survival.

A late-season collapse prompted by an injury crisis that eventually saw the Tigers go down did nothing to dampen his reputation amongst fans, (respected) pundits and his peers. And it was that reputation that motivated the powers that be at Watford to install Silva as a replacement for the since-departed Walter Mazzarri.

Now Watford may have seemed like a strange choice given their penchant for ditching coaches at the drop of a hat but having recruited well enough to maintain their Premier League status, there is a feeling that they are now searching for a Coach who can help them to become more than just survivalists. They thought they had that in Quique Sanchez Flores but ultimately the club and Coach did not see eye to eye (on what was considered progress) and the Spaniard left for pastures new.

Walter Mazzarri led them through a forgettable season last year where they perhaps benefitted from Hull’s collapse, finishing 17th and remaining in the top flight. Now it is Silva who has been called upon to overachieve with the limited resources at his disposal. Since his appointment. Watford have drifted to 10/1  to be relegated in the Premier League betting markets. To put that in perspective, there are now ten teams more favoured for the drop than the Hertfordshire club.

Where Silva impresses most is with his tactical approach to the league. He tries to pre-empt what the opposition will do and act accordingly; the switch to three at the back when 1-0 up away to Swansea City being a perfect example.

These kind of moves are sometimes seen as a gamble by pundits and commentators, but from a modern coaching perspective, they are seen as essential exercises in reducing risk. Top coaches such as Jose Mourinho and Pep Guardiola prepare their players for such tactical changes with military precision. Of course, when a team is still new to this type of drastic switch, it can take time to adapt and Watford struggled at first with the new shape before it all fell into place.

And it is the transition period between formation changes that can leave a team vulnerable if they are not well drilled. The same was true in Guardiola’s early days at Manchester City and when it does not work out, the pundits will get the knives out and cry: “Why did he change it!”
Watford already look like a different side from last season, more composed and more confident. Even the 6-0 defeat to Manchester City did not appear to knock them off their stride, bouncing back with an away win in the very next game.

Silva seems to gain the respect and trust of the players with the way he prepares for games and his knowledge of the opposition. Parallels to early Mourinho are inevitable but maybe Mauricio Pochettino would be a better comparison at this stage given their respective career trajectories. It may be too early to say for sure, but on the evidence so far, Marco Silva certainly looks like the real deal.