Wayne Bridge Pulls Out Of The England World Cup Squad 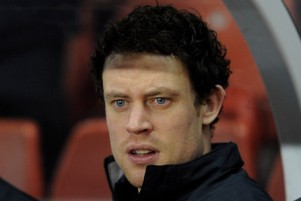 Bridge has pulled out of England’s World Cup plans after describing his relationship with Chelsea defender John Terry as “untenable and potentially divisive”.

A statement from Bridge read: “I have thought long and hard about my position in the England football team in the light of the reporting and events over the last few weeks.

“It has always been an honour to play for England. However, after careful thought I believe my position in the squad is now untenable and potentially divisive.

“Sadly therefore I feel for the sake of the team and in order to avoid what will be inevitable distractions, I have decided not to put myself forward for selection. I have today informed the management of this decision. I wish the team all the very best in South Africa.”

Lassana Diarra : Benzema Is Much Settled At Real Madrid Now


Anderson Ruled Out For The Remainder Of The Season