It has been reported that Wayne Rooney believes he and his England teammates could have performed to a higher standard in Wednesday night’s friendly against Norway. 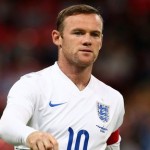 The new Three Lions captain scored from the penalty spot as his side edged the Norwegians 1-0 at Wembley and despite the victory, feels there could have been more quality from the entire England team.

“It’s a night, first game after the World Cup and it was important that we got the win tonight, especially going into the game on Monday.

“In the second half we started really sloppy and that was disappointing as we wanted to go out and really take the game to them.

“We got the win in the end and there are a lot of young players in this team and we will learn. They are still learning.” Carrick Ready To Continue Playing In Defence For Manchester United