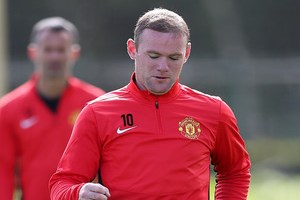 Moyes and Rooney’s United team-mates have regularly commented that the striker is looking leaner and fitter than ever before, and the forward admits that he is benefiting from the training regime implemented by the new manager.

“The training is a bit different under the new manager,” Rooney revealed, “I remember it from Everton, it’s more intense. But that’s helping me. I feel good and am glad to be out playing.

“He a great manager and thoroughly deserves this job, because of what he did at Everton.

“It’s good to work under him and hopefully we’ll be successful together. I feel great.” David De Gea Closing In On Goalkeeper Of The Year Award