It has been reported that Wayne Rooney can understand Danny Welbeck’s decision to leave Manchester United. 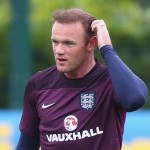 Welbeck was sold to Arsenal on deadline day.

“Obviously time will tell (if he prospers at Arsenal),” Rooney told BBC Radio Five Live of his England team-mate. “It is obviously a good move for Danny.

“It was difficult because he wasn’t playing all of the time at Manchester United, so he had to make a decision and he has obviously chosen to leave.