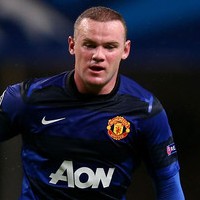 It has been reported that Wayne Rooney is excited about Robin van Persie’s contribution to Manchester United in the Champions League.

Rooney, who has played in three finals, believes the former Arsenal striker has the magic to bring a fourth European title to Old Trafford.

Rooney said: “When you look at teams who have won this competition they’ve all had individuals who can do a bit of magic.

“Robin is a fantastic player. He has a calmness about him, holds the ball up well and brings others into the play.

“He’s great for the whole team, he’s our talisman. If you get players around him and players feeding off him, it’s great for us all.”