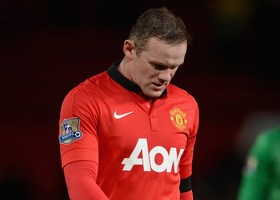 According to reports by the Guardian, Wayne Rooney’s £70m Manchester United deal is being held up by ongoing negotiations over his image rights.

However, the reigning Premier League champions remain convinced the England international striker will sign a new four and a-half year contract in the next week.

While the football part of the deal has been agreed, the off-field payments and incentives built into the terms are yet to be agreed by United and the Rooney camp.