It has been reported that Manchester United captain Wayne Rooney feels they’re capable of winning the Premier League title this season. 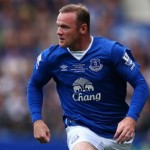 After investment in excess of £230m in new players since Louis van Gaal took over last summer, Rooney now believes United will be involved in the race.

The England striker told ESPN: “Last season we could see that we were getting better gradually, but we just needed that consistency in our performances and then, obviously, in results.

“But we could see in each game we were getting better. I feel this season for the first time, rather than the last two seasons, we’re ready to challenge again.”