It has been reported that Manchester United striker Wayne Rooney deflected praise to his teammates after their 2-2 draw at Tottenham. 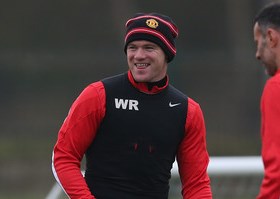 The 28 year old scored both of United’s goals on the day.

The England international told BT Sport : “Obviously, I’m confident and playing well but that’s down to my team-mates,”.

“[That includes] the likes of Antonio Valencia, who has been fantastic for the last couple of games, he’s a real threat. I’m just trying to do my job and help the team to be successful.

“We didn’t start the game too well. We gave away a sloppy goal and made it difficult for ourselves. Thankfully, we got back into the game before half time. We played some decent stuff, and started well in the second half. Obviously, they hit us with the goal, and it was a great strike from Sandro. We had to regroup and we got the goal quite early on, so 2-2 at the end was probably a fair result.”