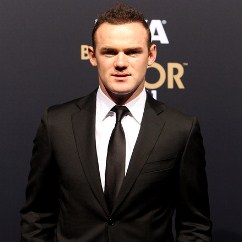 The England international striker isn’t amongst those not willing to entirely write them out of the title race.

“It wasn’t just that one result. It was the way they started the season,” he said.

“They didn’t get the results they needed and a lot of stuff was said about them. ”

“But since then, they have gone on a great run and won a lot of games, as any team under Arsene Wenger is capable of doing.

“I certainly wouldn’t write them off.

“They are capable of going on a big run and whilst I still think us, City and Tottenham are the three favourites, Chelsea and Arsenal could still have a big say in it.”

Yet Rooney believes having new challengers at the top has been a major benefit to the competition as a whole.

“Tottenham and City are both new to the challenge of the league,” he said. “In previous years it has been Chelsea, Arsenal and Liverpool all the time.

“It is great for the league that so many teams can win the league now.”