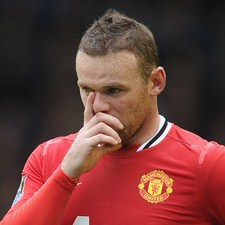 Wayne Rooney says he could cope being a midfield regular for Manchester United but dismisses talk of him replacing Paul Scholes.

Rooney told The Sun: “I don’t think there will ever be another Scholesy. The manager has asked me to play in there a few times up to now this season and I am happy to take the role on if he thinks that is a benefit for the team. To be honest, I feel playing there has been good for me as a player, as part of my development.

“I feel I have learnt a lot from it and I am confident that if I ever was to make the change to an out-and-out midfielder, I could cope with the role.

“I like the fact that you are constantly involved and get more touches on the ball and are able to spray passes around. But first and foremost I am a striker, I have played there all my career and ideally that’s where I want to play.”