Wayne Rooney has admitted that Manchester United’s victory over Arsenal was built on the training ground last week. 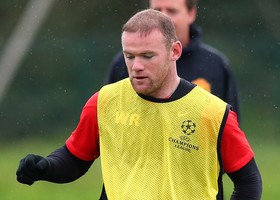 Chelsea’s home draw on Saturday was followed within 24 hours by shock defeats for Tottenham and Manchester City, meaning United have now closed to within five points of leaders Arsenal, who suffered their first league defeat since the opening day of the season.

The England international said: “We knew we couldn’t afford to lose today and we couldn’t let Arsenal get 11 points ahead of us, and I think the other results today and yesterday…we knew a victory would put us right back in there and we’re in a good position.

“We worked on free-kicks and corners as Arsenal have a lot of smaller players in the team and that could give us the opportunity to get a goal, and thankfully it’s paid off.

“It gives us a massive lift. It’s a great weekend for us going into the international games and we can all go off and play for our country and then come back, and we’ve got a big push then until the New Year and it’s our aim to still be up there.”