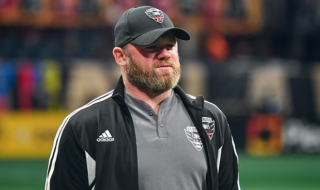 Rooney is bemused by Ronaldo’s comments

Wayne Rooney is reportedly ‘bemused’ by Cristiano Ronaldo’s comments about him but the Manchester United legend has decided not to publicly speak on the matter.

Ronaldo has been embroiled in significant drama over the past week after the release of his bombshell interview with Piers Morgan on TalkTV.

Within the highly controversial interview, Ronaldo slammed the current state of the club, along with heavily criticising United manager Erik ten Hag and former teammates including Gary Neville and Rooney.

In response to Ronaldo’s words, Sky Sports News reported that Rooney will make no public statement on the matter but added he is puzzled by his former teammate.

Sky Sports News said: ‘Wayne Rooney we understand here at Sky Sports is bemused at the criticism levelled at him by Cristiano Ronaldo following that interview with Piers Morgan.

‘Rooney has decided he is going to make no public statement on the matter but it is understood that England’s all-time leading goalscorer has always maintained that Ronaldo is one of the two best in the world alongside Lionel Messi of course.