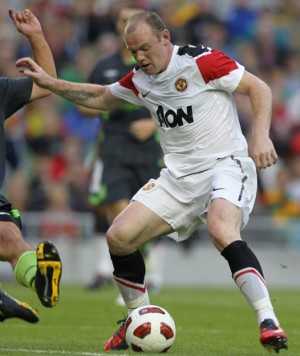 Wayne Rooney believes that the new season’s title race to be tighter than ever before.

The Manchester United striker said that the Premier League title is becoming even harder to win with all matches being more competitive.

“I know it’s a cliche but there are no easy games in the Premier League. In previous seasons you might have had straightforward games where the top clubs could afford to rest players, but that’s not the case anymore. Nowadays it’s hard to leave players out because every game is competitive and difficult.

“The 2009/10 season was certainly the most competitive I’ve played in. Over the last three or four years it might have been predictable as the season has gone on who’s going to win the league, but this year it was a lot more exciting.

“Many of the top teams lost more games than you probably would expect. It was very tight at the end of the season; we only lost the league by one point.”