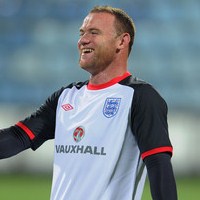 Wayne Rooney has admitted that he LOVES beating Liverpool.

The Manchester United striker says his Everton roots, coupled with United’s own intense rivalry with the Reds, makes trips to Anfield particularly momentous for him.

Rooney told the Daily Express : With my Everton connections and the fact all my family are big Everton fans, it makes games against Liverpool a bit more special,”.

“Of course, it’s a big day for United with their rivalry with Liverpool but, for me, it is a massive game. To beat Liverpool is always a great feeling and a great day when you do that.”