It has been reported that Wayne Rooney has urged Manchester United fans to stand by the team. 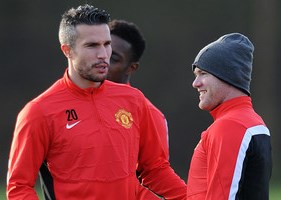 The reigning Premier League champions have lost all three games they have played in 2014, including home Premier League defeats to Tottenham and Swansea City as well a 2-1 defeat to Sunderland in the first leg of their Capital One Cup semi-final.

The England international told MUTV : “The fans’ support is very important. The fans have been great here, especially now when we are not in the best of form and we have lost the last few games,”.

“We need them to support us through this time. We will get stronger and we will get better. The fans are vital in being patient with us and letting us try to get there. I am sure we will do.”