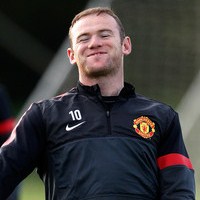 Manchester United striker Wayne Rooney was pleased over his partnership with Robin van Persie in their Champions League win at CFR Cluj.

The England international striker had a hand in both of Van Persie’s goals.

Rooney said : “I played a bit deeper tonight and had some good moments [with van Persie]. Robin has got two goals tonight and we’re delighted. I didn’t know the first one was off his shoulder until he said it at half time but as long as it goes in, it doesn’t matter”.

“It was a great finish for the second goal. I was right behind it. I could see it was a fantastic finish.”

Chelsea To Face Competition From Manchester United For Sylvain Marveaux Bournemouth Has No Plans To Sell Matt Ritchie To Man Utd Espanyol Defender Hector Moreno Set To Be Offered To Arsenal