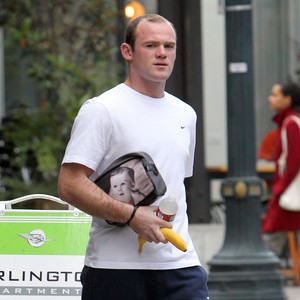 Great news for all Manchester United fans as top striker Wayne Rooney is set to make his comeback for the club against Wigan.

The England ace has not made an appearance for the Red Devils since his brief substitute appearance against West Brom last month.

He soon after signed a new five-year contract and been to the United States for conditioning work on his troublesome ankle injury.

The 25-year-old former Everton striker has not returned to full training yet but he has done a sufficient amount of work to be considered for a spot on the bench, with Sir Alex Ferguson confirming Rooney will definitely play some part in Wednesday’s Champions League encounter with Rangers at Ibrox.

“Maybe he will reach the bench. But he will certainly play on Wednesday against Rangers.”

Ferguson also has doubts over Ryan Giggs and Rafael as United look to close the gap on Premier League leaders Chelsea.

Manchester United To Keep Hold Of Bebe Next Season