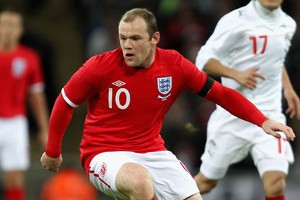 Reports are out that Manchester United will make Wayne Rooney the best paid player at Old Trafford, on a par with the top earners at Manchester City and Chelsea.

Rio Ferdinand is believed to be the Reds’ top earner at around £5.5million a year.

The 24 year old may even see his reputation enhanced at next month’s World Cup finals and United want to reward his loyalty with a record wage offer of up to £130,000 per week.

City’s Emmanuel Adebayor and Carols Tevez are reputed to earn £7.5m a year, with Chelsea’s double-winners Frank Lampard and John Terry just behind on £6.5m salaries.

Rooney has two years left on his deal but both he and United are keen to get around the negotiating table.

However, United have agreed to put the talks on hold until after the World Cup.