It has been reported that Manchester United skipper Wayne Rooney has goalscoring records in his sights. 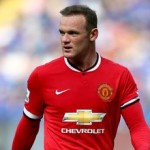 The England international said he would be disappointed in himself if he failed to break the goalscoring records for both club and country, with the 28-year-old now in sight of both records – both set by United legend Sir Bobby Charlton.

Charlton leads the all-time records for United and England with 49 and 249 respectively, with Rooney having netted 218 times for the Red Devils and 41 for the Three Lions.

He said: “I feel I should get both goalscoring records for England and Manchester United with the age I am now and how close I am to breaking the records.

“I feel as though I’ve got a lot of football left in me at the top level so I’d be disappointed if I didn’t break both of them.”