It has been reported that Wayne Rooney and Robin van Persie will avoid massive pay-cuts if Manchester United miss the top four this season. 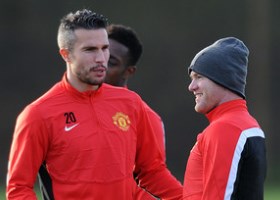 The Daily Star Sunday reported that some members of the United squad are facing that situation under the terms of their contracts.

However strikers Rooney and Van Persie are protected from cuts through the deals negotiated for them by their representatives.

Both have agreements worth around £250k-a-week and will stay on those terms next season – if they remain at the club – even if United finish outside the top four. Robin van Persie Declares Himself Fit For The World Cup