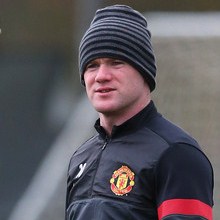 Wayne Rooney has declared that Manchester United players know that they must stop going behind in games.

It is a record Rooney accepts must be rectified if United are going to maintain their present status.

The England international star said : “Clean sheets are the foundation we try and achieve because we have plenty of players who can score goals and win games,”.

“As a team we are playing some good stuff at times but we are having to grind out results as well.

“Losing three games already is something we need to put right.

“We have been lucky that we haven’t drawn any matches and we need to kick on from here and go on a good run.”