It has been reported that Manchester United manager David Moyes has confirmed that Wayne Rooney will be present in Munich on Wednesday night. 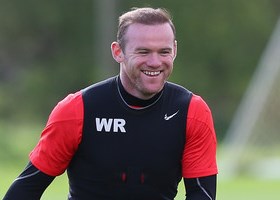 Reports had suggested that the 28 year old was battling to be fit for the return bout at the Allianz Arena but Moyes has confirmed that he will certainly be on the pitch as the Red Devils look to book a spot in the semi-finals.

“We’ll do everything we possibly can [to get him on the pitch]. He’s happy to take an injection to play which I think shows you his feeling about the game and the club.

“We wouldn’t do anything medically wrong. We take advice from the doctors who advise us. Everybody knows the character Wayne is and he is determined to play. If he is determined we’d be mad not to let him do so.”