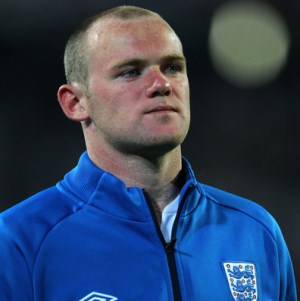 Manchester United striker Wayne Rooney is willing to do the unexpected and join rivals Manchester City.

The Daily Mail has reported that the England international has told his Manchester United team-mates that he is prepared to consider a move from Old Trafford to neighbours Manchester City.

It is believed that the former Everton striker is considering his options after telling the club that he will not be extending the 18 months of his current contract.

It emerged last night that there is real interest from City, who will have to pay Rooney £230,000-a-week to broker a deal.

That would make him the highest paid player in the Barclays Premier League. United are unlikely to offer more than £150,000.

United’s players believe this contract row is purely about money — not about the breakdown of his relationship with manager Sir Alex Ferguson.

Rooney’s wife Coleen has already told her husband she will not move abroad, especially while her 12-year-old sister Rosie is seriously ill.

That leaves Rooney with just two options in England as only City and Chelsea can afford both fee and wages.

The Professional Footballers’ Association (PFA) Team Of The Year