Phil Jones has revealed that Manchester United are playing at a good pace after victory over West Ham United. 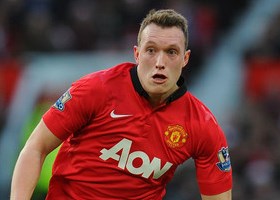 The 21 year old England international defender is playing his part, excelling either as a midfield minder or rock-solid stopper at the heart of United’s defence, and is revelling in the way the Reds have cranked up the rapid passing and quick attacking play – both of which are club hallmarks.

“We’re in a good place at the moment and the last four games have helped us get to that stage, after the disappointment of the two games against Everton and Newcastle. We’ve done well to bounce back. We needed to play at a higher tempo [than we had been before] and now we’re playing well, we’re passing the ball well and we need to keep on doing it. We needed to kick on over these last four or five games and we need to keep doing it.”