Reports are out claiming that Manchester United striker Wayne Rooney felt they had themselves to blame in defeat at Everton. 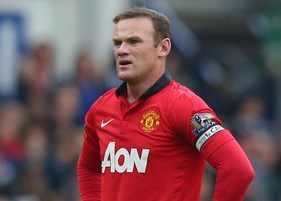 After captaining the Reds in the absence of the injured Patrice Evra and Nemanja Vidic, The England international said the Reds must cut down on defensive errors in order to improve.

“I thought that in the first half we moved the ball well, but we just didn’t penetrate enough.

“We moved the ball quite well and they were struggling to get near us at times, but we just had to try to break them down. They sat quite deep, so we might have needed more width or more runners in behind to create space but it was a difficult game.

“Everyone knows that it’s a difficult place to come and Everton made it difficult for us by putting bodies behind the ball, but we conceded two really sloppy goals which we need to cut out because we’re making it hard for ourselves to get back into games.