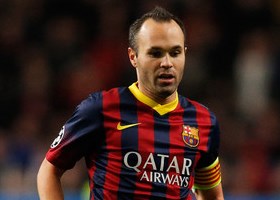 The Spanish international said : “We had the game under control, but the goal really hurt us. San Mamés is always a tough place to come to,”.

“Defeats always happen for a reason, but I don’t think we can compare this one with the game against Ajax. We had some good phases of play tonight, but we have to be more efficient.

“We put in a good first half and we played well at times after the break, but the goal really shook us and although we really tried, we couldn’t come back.” Barcelona To Offer Aleksander Hleb Plus Cash For Mesut Ozil