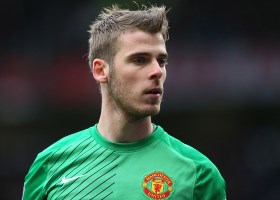 The reigning Premier League champions have work to do in the second leg of the Champions League last 16 tie against the Greek champions after falling to a tame 2-0 defeat in Athens.

“They were better than us and they won.

“But now there is the return leg at Old Trafford and I think that, with our fans behind us, we have to go onto the pitch and fight and attack from the first minute. By playing and pressing well, we still have a good chance.

“We will give everything we have and play a lot better than we did there. With the atmosphere and the team we have, we can succeed and hopefully reach the next round.”