Real Madrid midfielder Xabi Alonso has admitted that Spain’s World Cup failure is due to a lack of “hunger”. 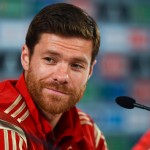 It is the first time the reigning champions have been knocked out of the World Cup after just two matches.

The 32 year old said : “A very unexpected failure. We have failed to keep that hunger. Probably the rate of success has reached it’s level,”.

“We did not expect to leave at this point. Worth knowing how to take it, as with the joys. It really hurts my pride, but you have to know how to lose.

“Have failed to keep that hunger, that ambition. We were not prepared mentally and physically…” Arsenal Locked In Talks With Real Madrid For Sami Khedira