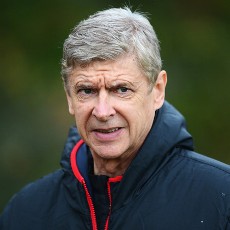 Arsene Wenger insists that new players will be bought before any player leaves in the January transfer window.

”At the moment no, (no one is leaving),” Wenger told Arsenal Player. ”We have a good squad, a balanced one. At the moment nobody can go out, unless we buy somebody.

”At the moment our focus is to keep everybody. In every position we have two players. Three is too many and one is not enough.”

Arsenal have also seen their attacking options hit by the African Nations Cup, as forward Gervinho is away with the Ivory Coast, and France international Olivier Giroud is rated as 50/50 because of the knee injury he picked up in the FA Cup tie at Swansea.