It has been reported that Barcelona captain Carles Puyol is looking forward to tonight’s El Clasico against Real Madrid. 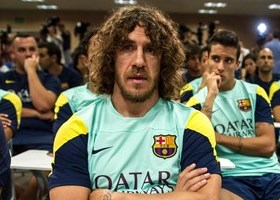 The reigning Spanish champions go into the game in the rare position of having not won in their previous two outings – against Osasuna (0-0) and at AC Milan (1-1) in the Champions League.

And Puyol, who made his return from a seven-month injury absence in Pamplona last weekend, is wary of that becoming three against a Madrid side he believes are improving.

He said: “Real Madrid always demand the most from you. They’re playing better and better.

“We’ll have to be at our best to beat them. We know they’re dangerous on the break. We know them very well.”

The Spanish international is not attaching too much significance to Saturday’s game in terms of the overall league picture.

“It won’t decide the title,” he said.

“There’s a long way still to go but it is a good opportunity to play well and gain confidence.”