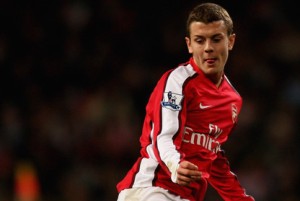 Local newspapers have reported that Wilshere was set to sign for Owen Coyle’s Burnley for the rest of the season, but concerns over Cesc Fabregas and Denilson have put that switch on ice.

It is also said that Wenger may use Wilshere in the FA Cup at the weekend, with a review on his short-term future now put back for a couple of weeks until the problems with Fabregas and Denilson clear up.