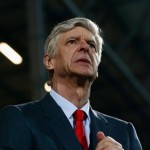 Reports are out claiming that Arsenal boss Arsene Wenger is adamant they can snap their Manchester United hoodoo in Monday night’s FA Cup tie.

The Gunners have not won at the ‘Theatre of Dreams’ since September 2006, when Emmanuel Adebayor’s late strike secured a 1-0 win.

Wenger said: “I don’t believe too much in history, I just believe in the performance on the day. We are doing very well away from home.

“The size of the pitch is the same everywhere, it’s down to how much effort we put in to win the game. It is a special intensity because it is between two teams who have a chance to win this competition. Both teams will think ‘if we get over this hurdle, we have a good opportunity to win the competition’.” Gael Clichy : I Can’t Wait To Get Started With Man City!