Reports are out claiming that Arsene Wenger is confident Arsenal will be capable of dealing with the threat posed by Liverpool striker Christian Benteke when the two sides meet at the Emirates Stadium on Monday night. 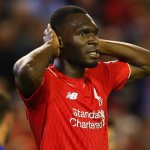 The Frenchman referenced the Gunners’ ability to keep the former Aston Villa man quiet in last season’s FA Cup Final as a positive for his side heading into their third fixture of the Premier League season.

“We played a cup final against Benteke and we managed to deal with it,” Wenger said in his pre-match press conference.

“Then again, every game is a new challenge and we have to show that we can do it. We have dealt with him in a positive way before.”