Reports are out claiming that Arsenal boss Arsene Wenger believes that his team is more than capable of defeating Barcelona this coming week. 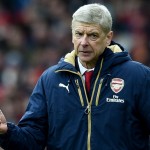 The Catalan club have previously knocked out the Gunners in the 2010 and 2011 editions of the Champions League, but Wenger is feeling confident about his team’s chances ahead of the home Round of 16 tie on Tuesday night.

The Arsenal boss said: “It’s our best chance no matter how big the chance is.

“We have to take it and have a go at them. I believe in these big games, in the first tie at home, we can’t be stupid.

“Many times we’ve won away and at home we have conceded. We have to find a good balance between defending and attacking.”