Reports are out claiming that Bolton Wanderers have signed Brazilian winger Wellington Silva from Arsenal on a loan deal. 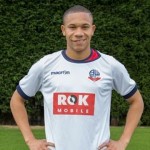 Gunners manager Arsene Wenger expects Bolton to be surprised by the quality of the youngster who he describes as ‘stunning’ to watch.

The 22-year-old has previously had multiple loan spells in Spain and last season he was granted a Spanish passport making him eligible to play in England.

“He’s absolutely stunning to watch and I believe Bolton will be surprised by his quality.

“I believe he will do extremely well because he has gained a lot of experience in Spain, he has come back to England and I am confident he will have a big impact in the Championship.”