Reports are out claiming that Arsenal boss Arsene Wenger has explained why he is reluctant to spend big in the transfer market. 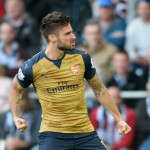 He has often been accused by his club’s frustrated fans of treating Arsenal’s money as if it is his own.

The Frenchman said: “I’ll give myself merit for one thing: I’ve always treated Arsenal as if it belonged to me.

“I have sometimes been criticised for it — because I am not enough of a spender, not carefree enough.

“I credit myself for having had the courage to apply my ideas and fight for them. Aside from that, I can understand why people might not agree.

“My great pride will be to be able to say the day that I leave, that I am leaving behind a good team, a healthy situation and a club capable of performing in the future.

“I could have said to myself: ‘I am here for four or five years, we win everything’, [then] I leave and leave the club on the verge of bankruptcy. For me, consistency at the highest level is the true sign of great clubs.”

It Would Be Amazing If Arsenal Won The Title! – Cesc Fabregas