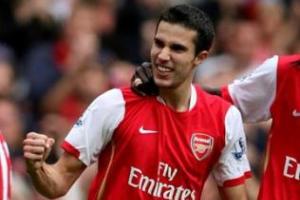 The Arsenal manager revealed this after seeing his Holland striker hit a fifth goal in six games in Saturday’s 3-1 win over Birmingham.

Wenger also said that he always thought of Van Persie as more of a first striker than second striker. Arsene Wenger To Send Carl Jenkinson Out On Loan Next Season