It has been reported that former Wales star Robbie Savage says Arsene Wenger must be axed if Arsenal fail to win the FA Cup. 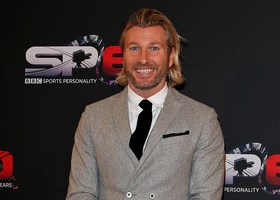 Savage wrote in the Mirror: “Arsene Wenger will run out of excuses if Arsenal don’t win the FA Cup, and so fail to win a trophy for a ninth season in a row.

“Defeat against Wigan in the semi-final at Wembley on Saturday will surely signal the end for Wenger – especially if his Gunners also finish outside the top four and miss out on Champions League football next year.

“At any other big club, going a whole decade without putting a cup in the trophy cabinet would not be tolerated.

“And as much as I regard him as a legend – one of the all-time greats of English football – Wenger cannot trade on past glories for ever.”