Reports are out claiming that Charlie Nicholas has blamed Arsene Wenger for Arsenal’s shock 3-2 defeat against Olympiakos in the midweek Champions League encounter. 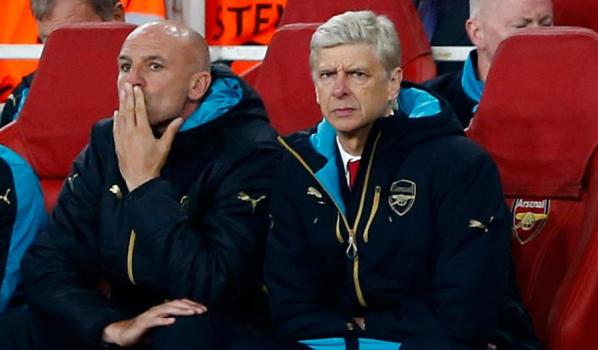 Arsenal’s Champions League campaign went from bad to worse after they succumbed to a disappointing defeat at the hands of Greek side Olympiakos at the Emirates Stadium on Tuesday night and the loss leaves the Gunners’ hopes of progressing to the knockout stages of the competition hanging by a thread.

Many have criticised Arsenal goalkeeper David Ospina as the main culprit for the defeat but former Gunners star Nicholas believes that manager Wenger should take his share of his blame after making so many unnecessary changes to his starting lineup that defeated Leicester City 5-2 on Saturday.

Nicholas told Sky Sports: “The manager has to carry the can. He made five changes from the Leicester game and we always talk about momentum.

“They had some momentum after the weekend but the way that they lost was criminal. Wenger has to take full responsibility for playing Ospina ahead of (Petr) Cech.

“The first goal is a deflection but the second one is a basic corner. He’s not under any pressure and all he’s got to do is catch and hold it.

“Even though (Alexis) Sanchez gets them back into it, the third goal is shambolic. Gabriel is slack and slow and (Per) Mertesacker is not quick enough to cover.”

Arsenal Give Alex Oxlade-Chamberlain His Own TV Show